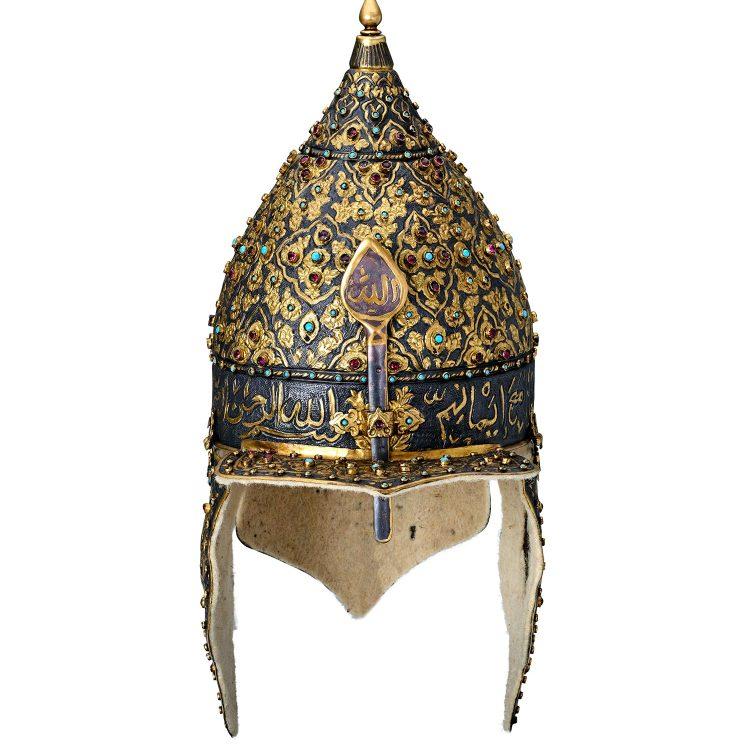 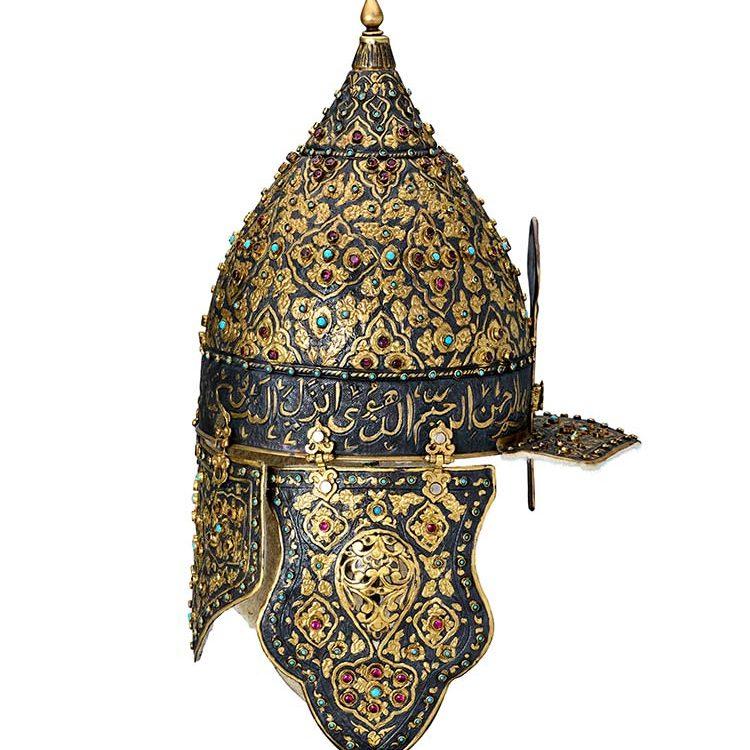 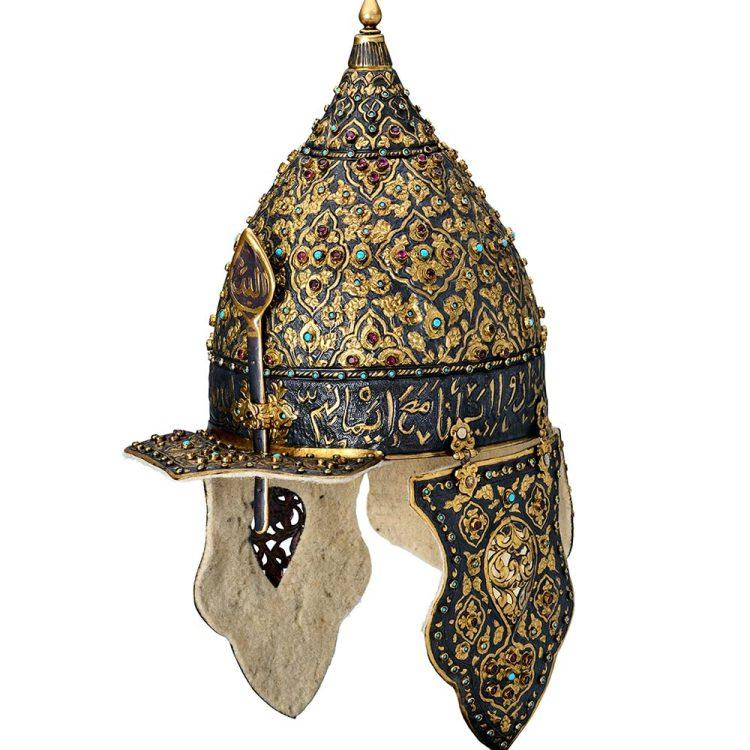 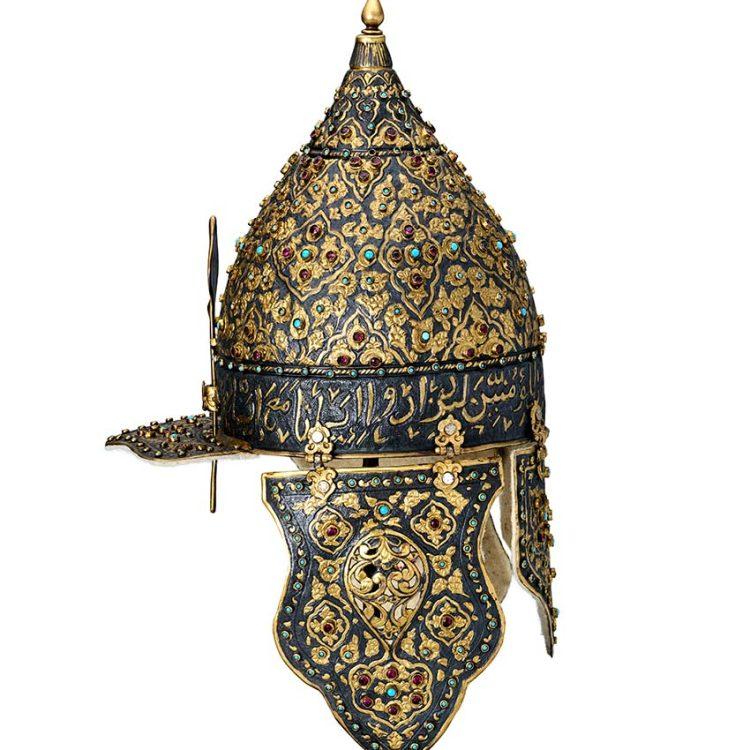 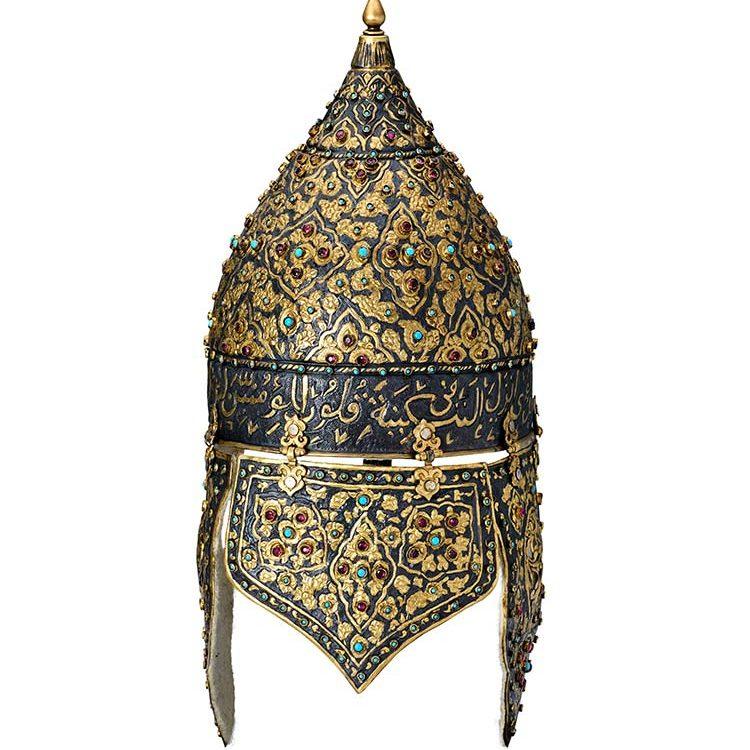 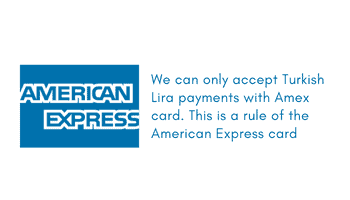 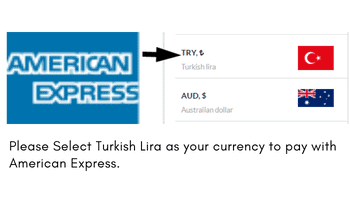 The Helmet on the steel, stylized floral motifs in gold, inlaid craftsmanship in Ottoman decorated with pencil work coral and cabochon is decorated with ruby turquoise and the entire surface is covered with tombak workmanship.

These helmets, which reflect the military tradition of the Ottoman Empire, are made of copper and have Esma-ül Hüsna embroidered on them.
Although these helmets are protective weapons, they were also used as an element to increase magnificence in state ceremonies and military ceremonies with their striking appearance due to the fact that they were used in the last period of the Ottoman Empire.
Some symbolic elements on it were arranged by adding chains as seen on this helmet, revealing the hierarchy, military success and rank.
This helmet, decorated in copper, reflects the warrior past, magnificence and power of the Turk and makes us proud as we watch it.

There are no reviews yet.

Be the first to review “Ottoman Ceremonial Helmet” Cancel reply 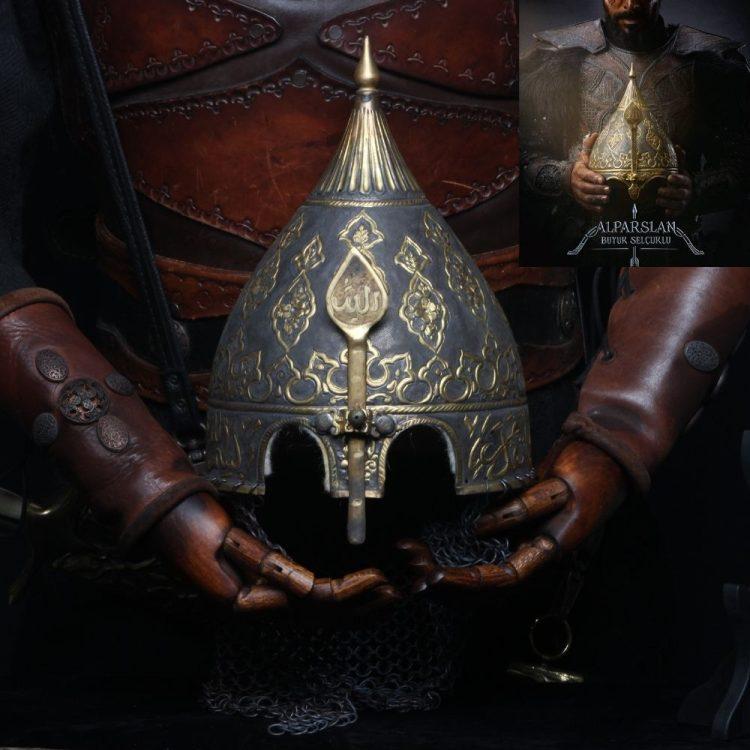 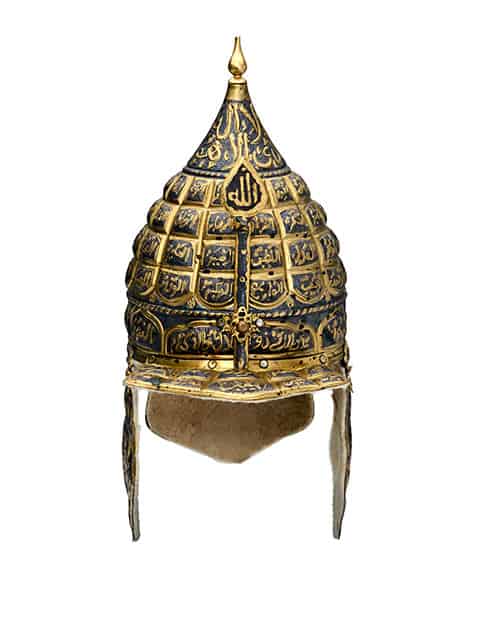 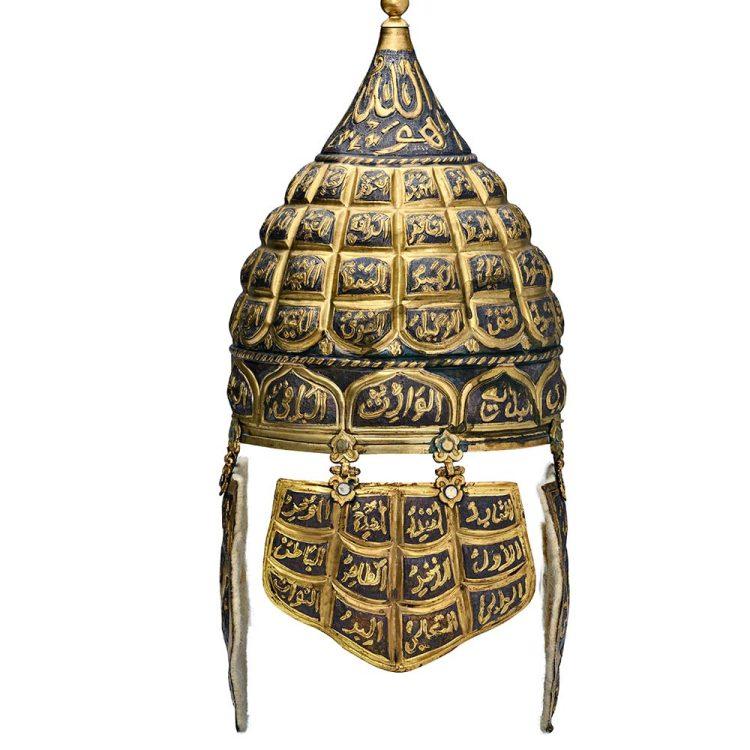