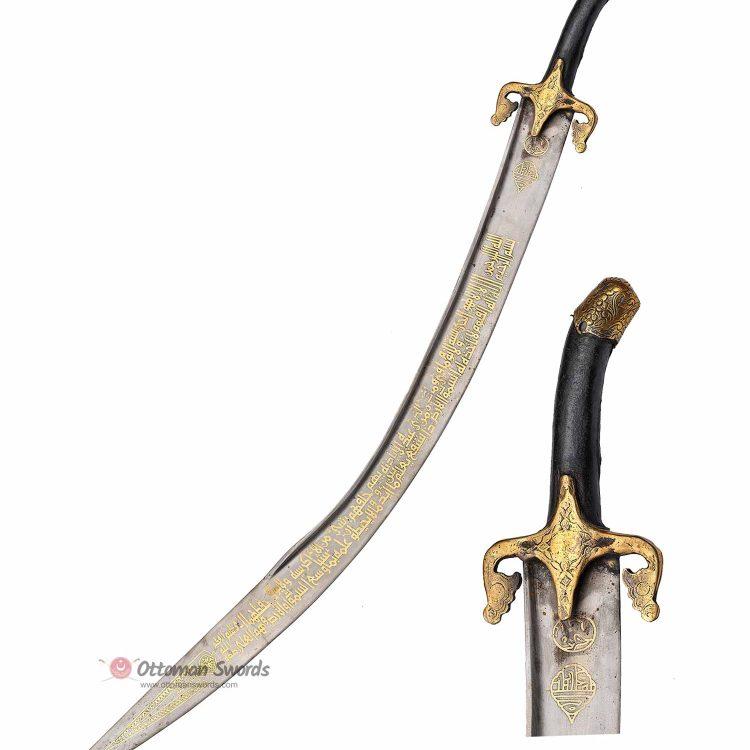 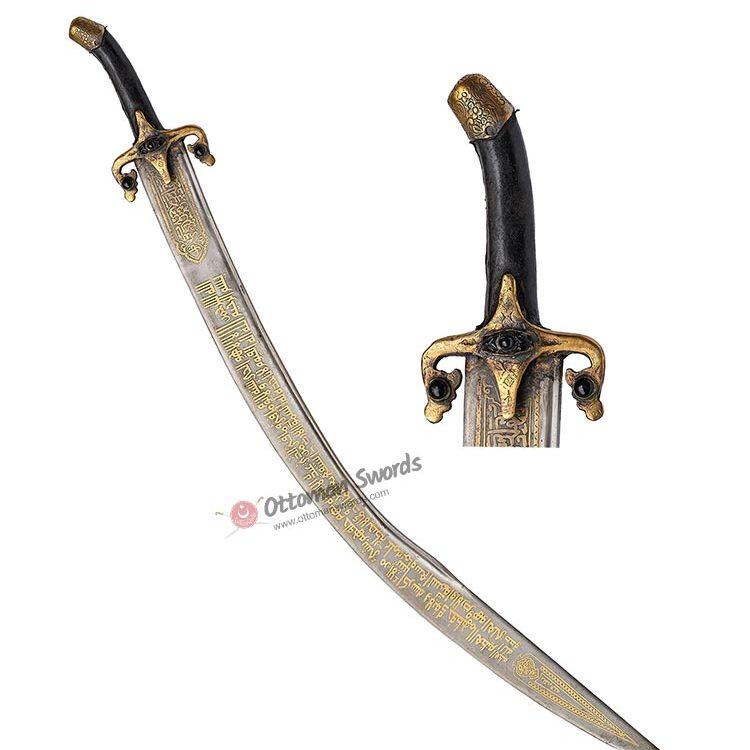 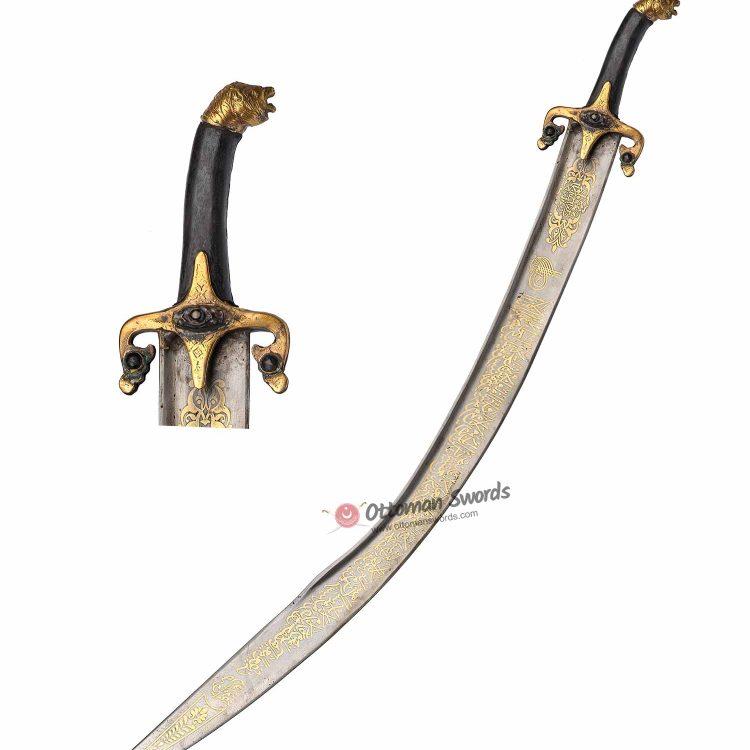 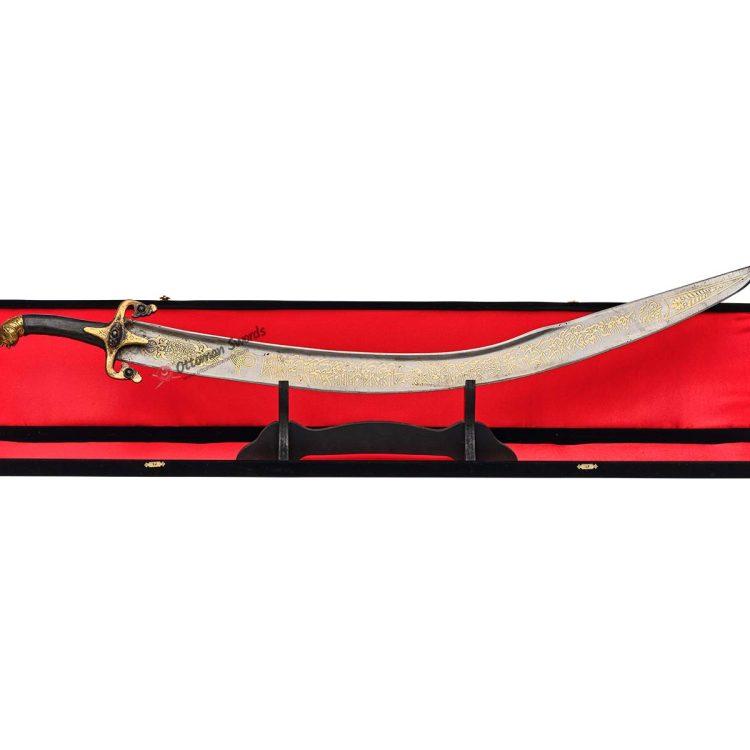 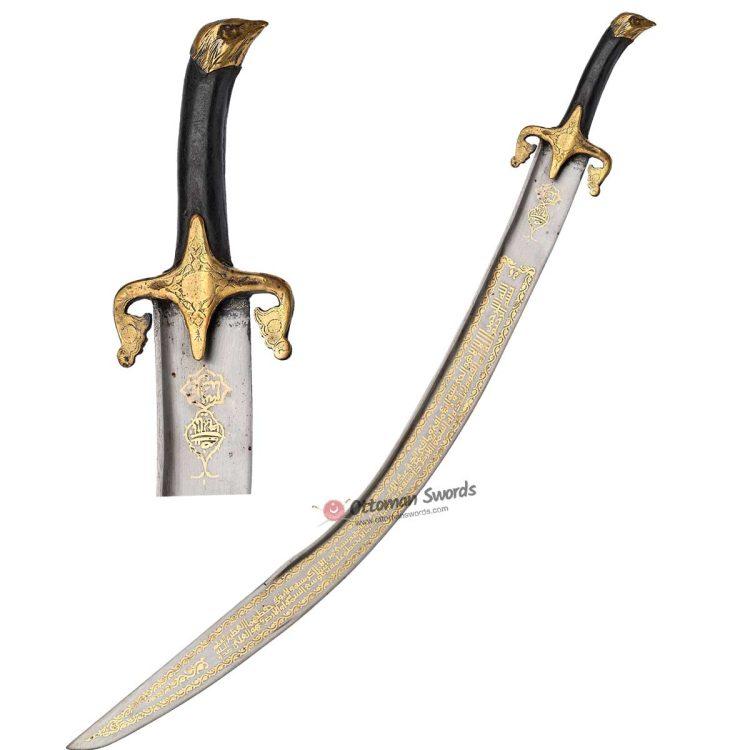 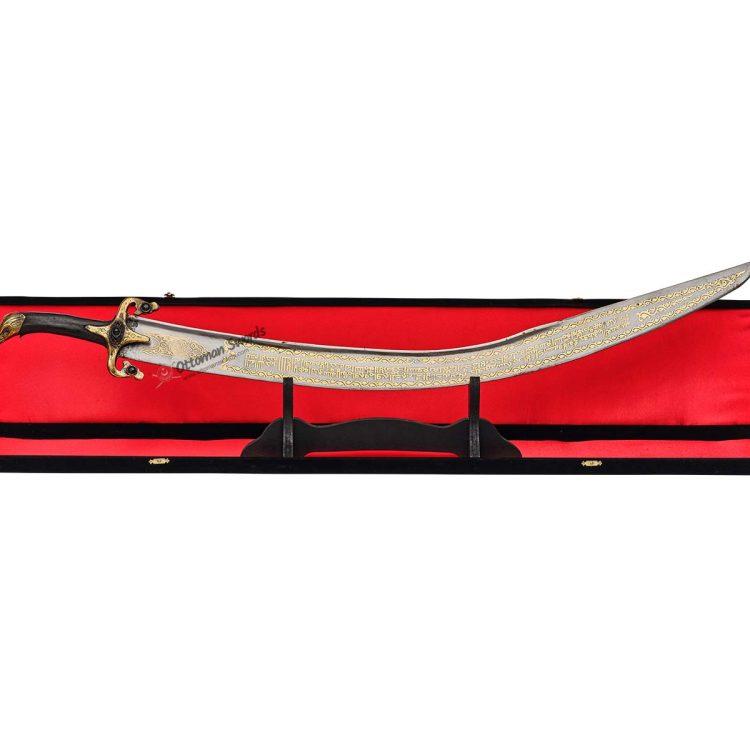 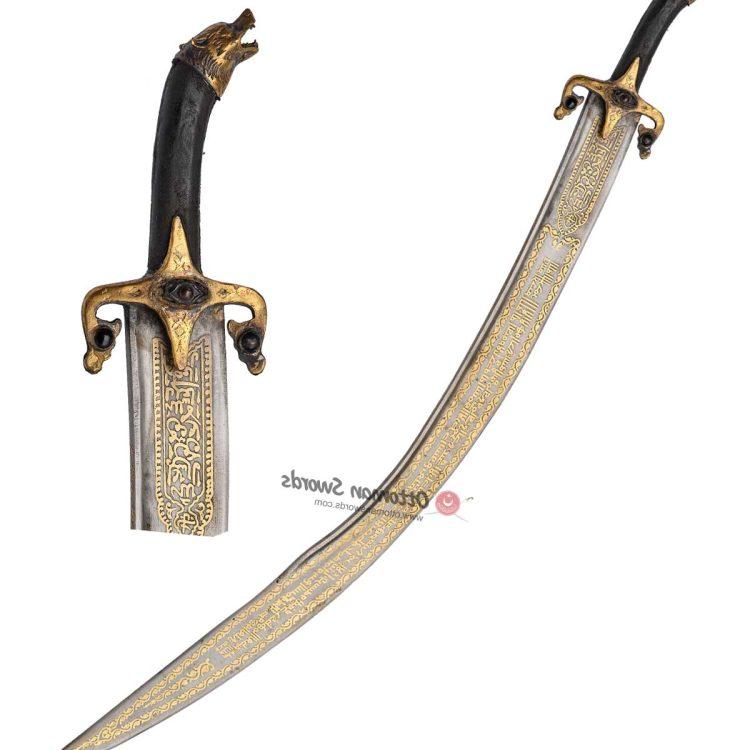 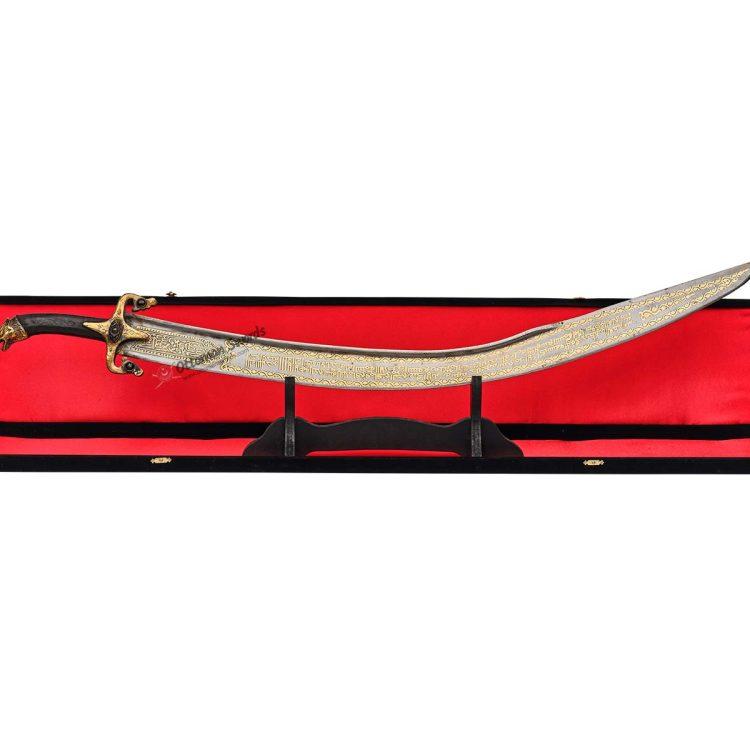 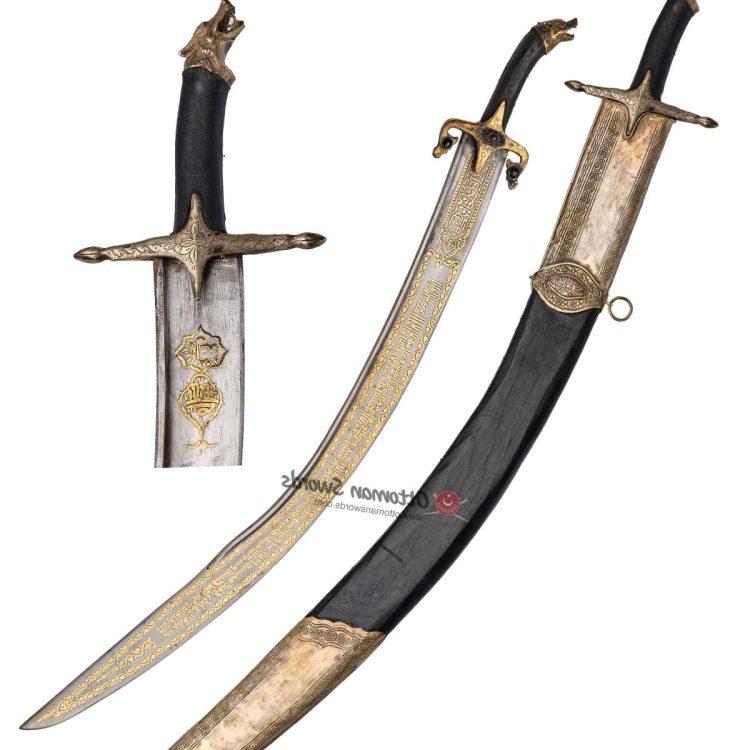 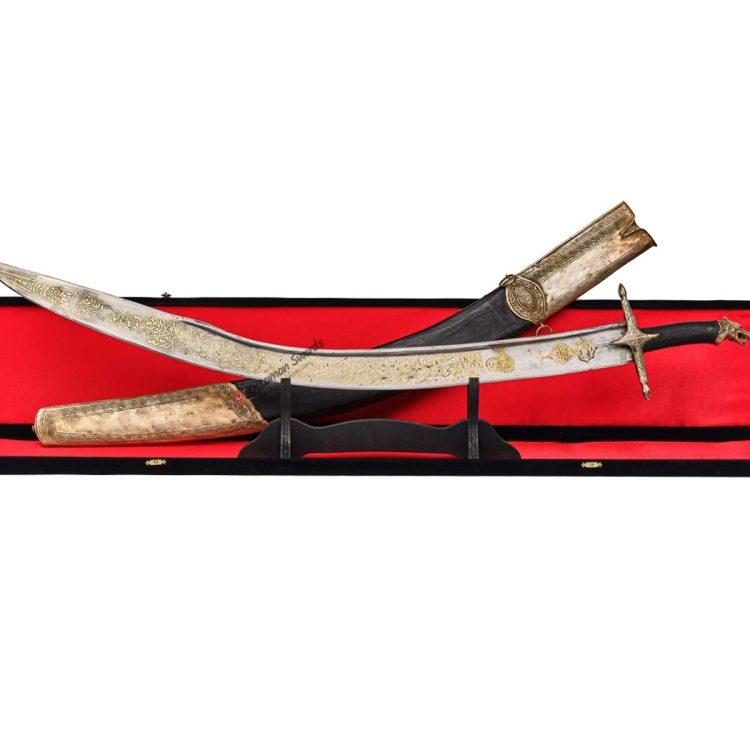 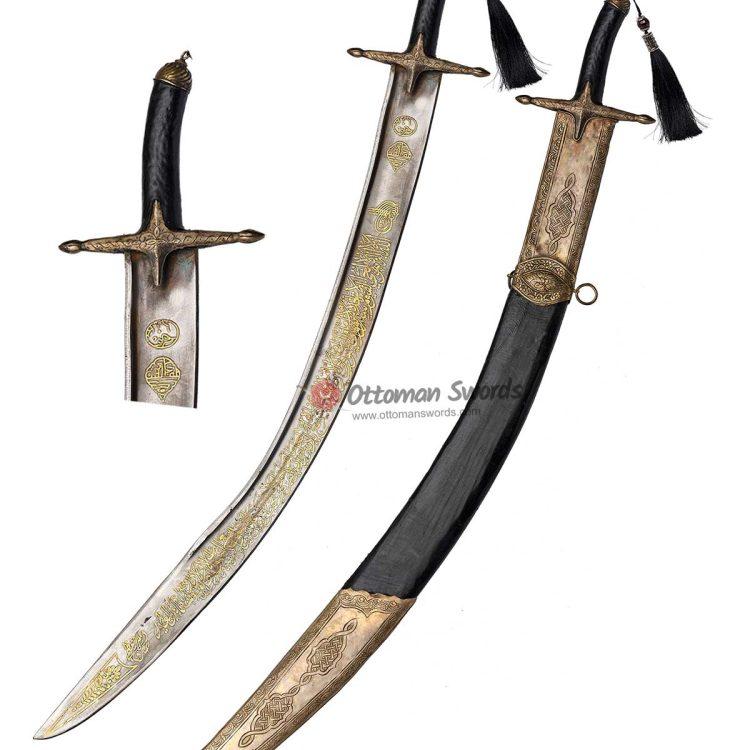 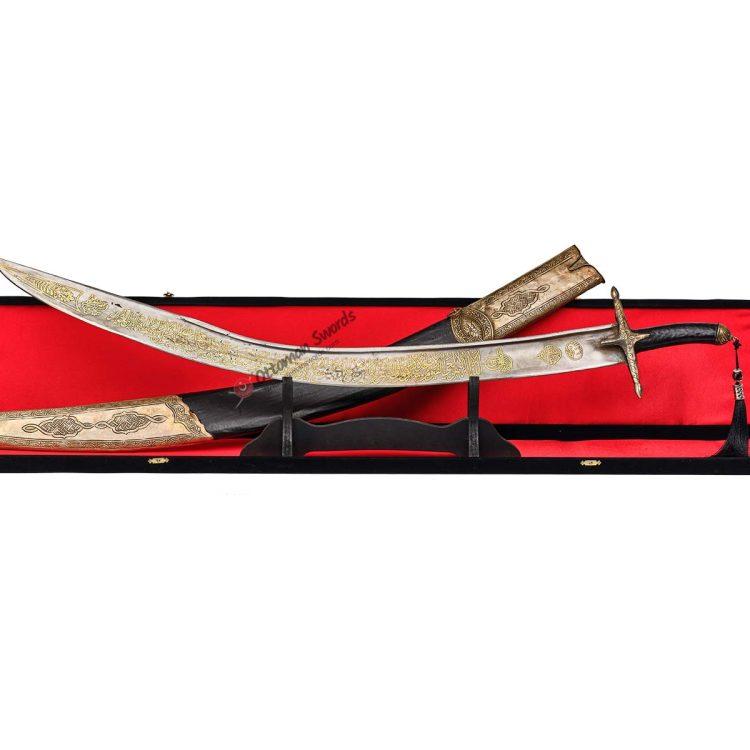 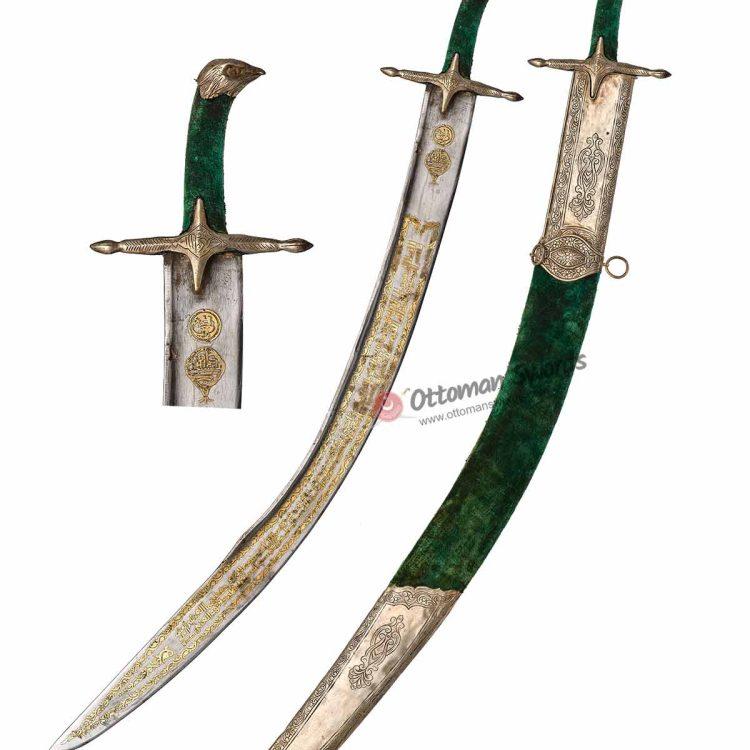 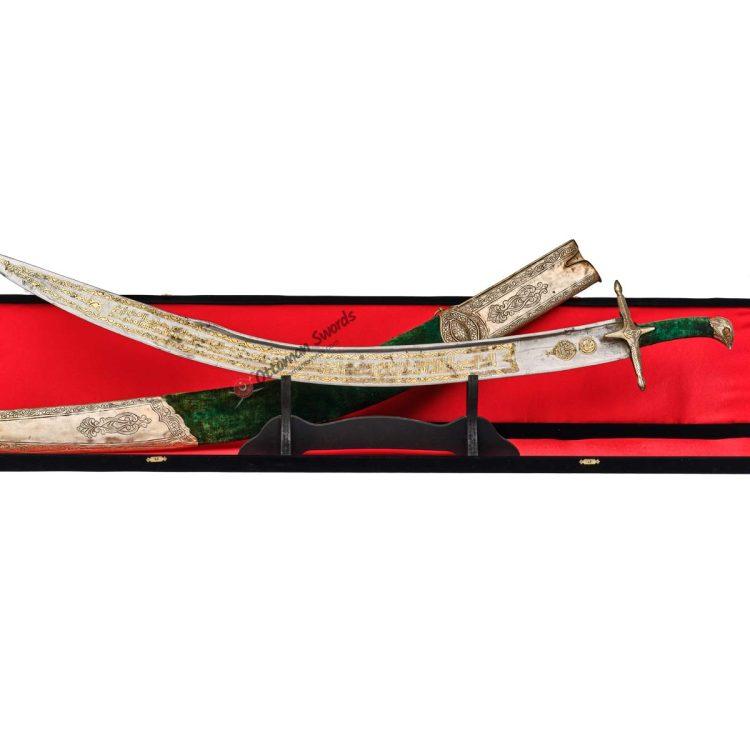 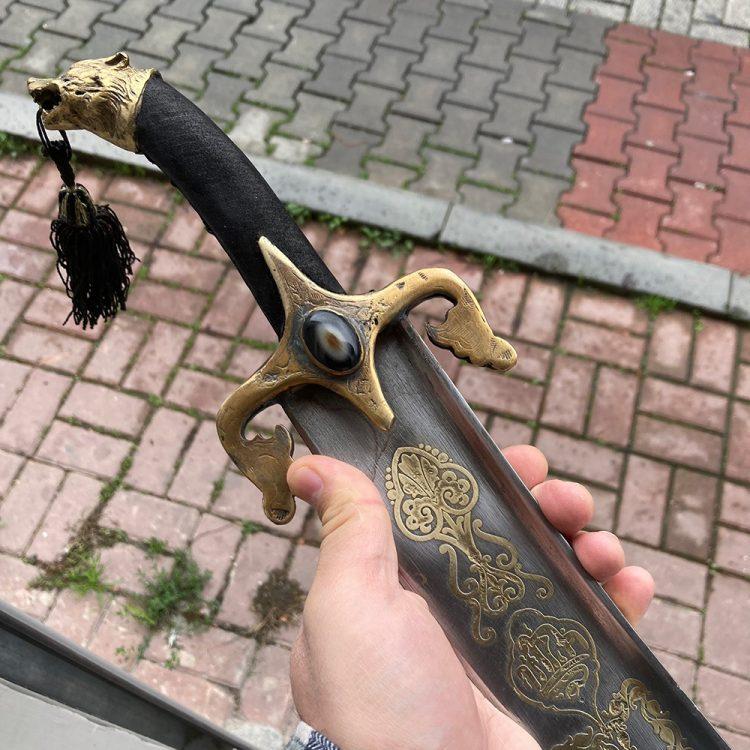 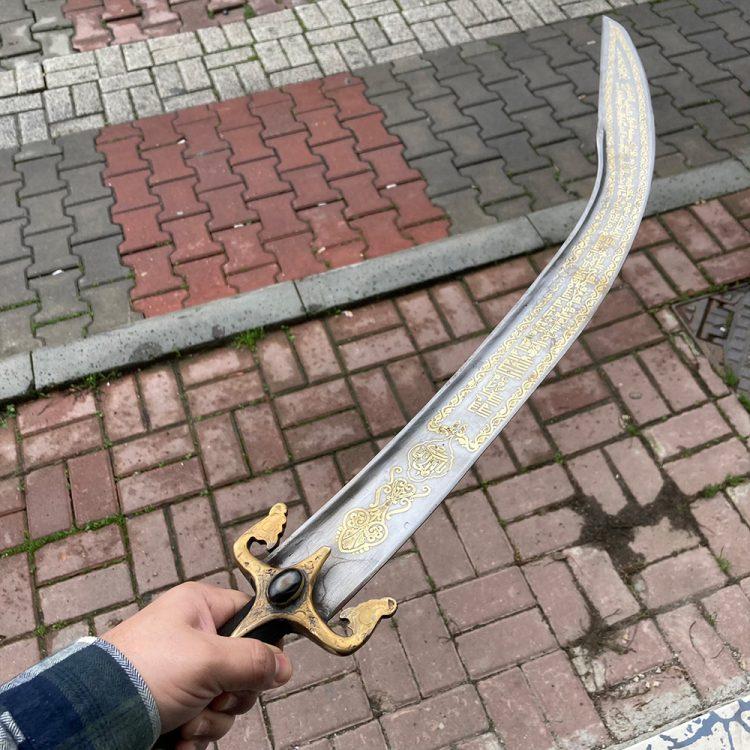 A kilij (from Turkish kılıc, literally “sword”) or a pusat is a type of one-handed, single-edged and moderately curved scimitar used by the Seljuk Empire, Timurid Empire, Mamluk Empire, Ottoman Empire, and other Turkic khanates of Eurasian steppes and Turkestan. These blades developed from earlier Turko-Mongol sabers that were in use in lands controlled or influenced by the Turkic peoples.
Evolution of Ottoman kilij
The Kilij, as a specific type of sabre associated with the Ottoman Turks start to appear historically from primarily the mid 15th century. One of the oldest known examples is attributed to Khan Muhammed Uzbek from the early 14th century, and is currently on display in the Hermitage Museum in St Petersburg. The oldest surviving examples sport a long blade curving slightly from the hilt and more strongly in the distal half. The width of the blade stays narrow (with a slight taper) up until the last 30% of its length, at which point it flares out and becomes wider. This distinctive flaring tip is called a yalman (false edge) and it greatly adds to the cutting power of the sword. Ottoman sabres of the next couple of centuries were often of the Selchuk variety, though the native kilij form was also found; Iranian blades (that did not have the yalman) were fitted with Ottoman hilts. These hilts normally had slightly longer quillons to the guard, which was usually of brass or silver, and sported a rounded termination to the grips, usually made of horn, unlike that seen on Iranian swords (Iranian swords usually had iron guards and the grip terminated in a hook-shape often with a metal pommel sheathing). The finest mechanical damascus and wootz steel were often used in making of these swords. In the classical period of the Ottoman Empire, Bursa, Damascus and the Derbent regions became the most famous swordsmithing centers of the empire. Turkish blades became a major export item to Europe and Asia.

In the late 18th century, though shamshirs continued to be used, the kilij underwent an evolution: the blade was shortened, became much more acutely curved, and was wider with an even deeper yalman. In addition to the flared tip, these blades have a distinct “T-shaped” cross section to the back of the blade. This allowed greater blade stiffness without an increase in weight. Because of the shape of the tip of the blade and the nature of its curvature the kilij could be used to perform the thrust, in this it had an advantage over the shamshir whose extreme curvature did not allow the thrust. Some of these shorter kilij are also referred to as pala, but there does not seem to be a clear-cut distinction in nomenclature.